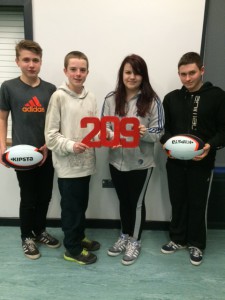 Cadet Corporal Charnley, Cadet Young and Cadet Butcher competed with Cadets from the rest of the Wing for a place in the Wing Rugby team; whilst Cadet Byrne competed for a place within the Wing’s girls hockey team.

A tremendous amount of effort was put in from all of the Cadets in the extremely cold temperatures and the rain that came with it.

Congratulations go to Corporal Charnley, Cadet Young and Cadet Butcher who were all selected as part of the Wing team and will go on to represent South and East Midlands Wing on the 15th March at RAF Cranwell. Fingers crossed they will help the Wing bring home some silverware.