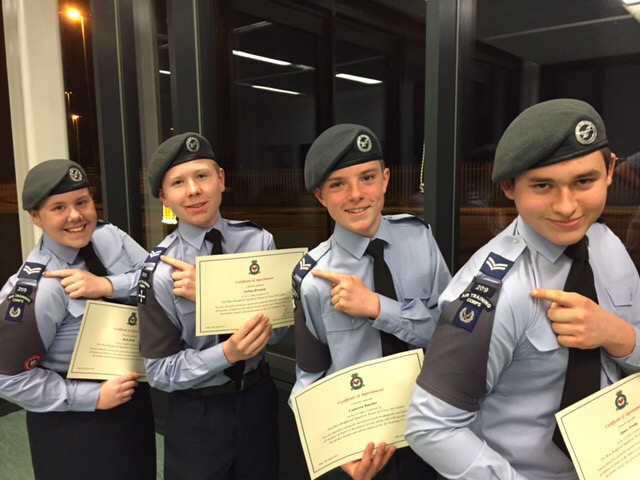 Congratulations to four Cadets from 209 (West Bridgford) Squadron on their new promotions from Cadet to Corporal.

Cadet Josh Brooksby, Cameron Butcher, Beth Dodd and James Young have all taken their first step up the Cadet career ladder and after each passing their NCO boards, were promoted to Cadet Corporals.  The NCO boards consisted of the Cadets telling a panel of three interviewers about themselves, why they want the rank, answering a number of questions about the Air Training Corps and also the Royal Air Force.

Becoming an NCO means they will each be taking on more responsibilities within the unit. This will include specific roles and helping the Cadet’s they manage to experience everything there is to offer within the Royal Air Force Air Cadets.