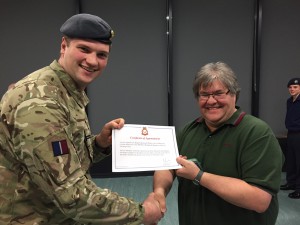 Stephen brings a wealth of knowledge to the unit with a keen interest in photography and aviation. Stephen has two sons at the unit and first joined back in 2014 as a member of the Squadron’s Civilian Committee. After a little persuasion Stephen decided he wanted to further his time within the Air Training Corps by taking on a Staff role at the Squadron.

We look forward to everything that Stephen will bring to 209 Squadron!