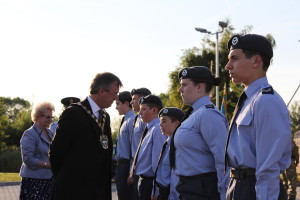 Both the ACF and ACO stood on parade together as the dignitaries walked around both organisations inspecting the Cadets. 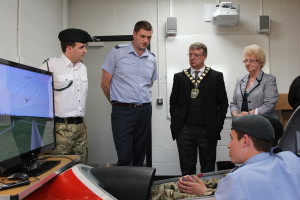 Flight Lieutenant Simon Howroyd and Second Lieutenant Richard Etherington, escorted the Mayor and Mayoress around the unit as they observed First Aid training in the main hall taught by Sergeant Richard Bayliss, before visiting the classrooms where they watched both Air and Army Cadets on the Squadrons glider cockpit flight simulator. Finally they headed outside to watch a leadership exercise being led by Civilian Instructor Emily Tring. 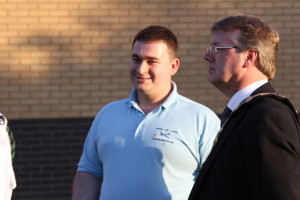 The visit hopes to aid both organisations in developing further within the local area.

Flight Lieutenant Simon Howroyd said “As 209 Squadron is growing since moving into our new building it is key that we become more prevalent in the local community and show how our Cadets are such great citizens. 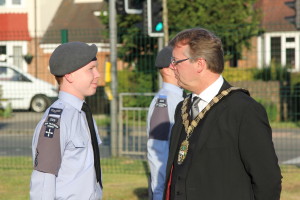 I’m particularly proud to on this venture side by side with the Army Cadets, leading the way on joint service training for a wholly better Cadet experience.”